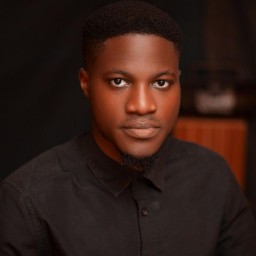 There are a whole lot of articles online on how trust is earned and not given.

We also have a lot on why trust is also given and not earned.

While I wouldn’t want to argue that fact, I just want to give you a real-life scenario of why you shouldn’t just give your trust to people anyhow without them earning it first, especially if they’re total strangers.

I do come from a very kind family. My grandparents, and parents – especially my late dad – are very kind.

They can go to any length to support others and ensure they’re doing well even though such people never reciprocate.

I know you’re thinking it’s good to give without any expectation.

Yes, you’re right. However, when such giving requires you to trust complete strangers on very cogent and life-changing matters, you must be very careful to not give your trust all out at once. If you do, it may come back to hurt you.

Most of my resources I give out for free to other people to use and grow.

But recently, I have identified where I have been making a major mistake and I will be sharing it in this article.

The fact is that you must learn how to trust, help, assist, support, and give to people gradually.

And if they show appreciation, competence, fruitfulness, and gratitude then and only then should you give them more opportunity.

Another way to put this is that helping and giving out your trust to people should be a step-by-step process like climbing a ladder.

If you ignore this golden nugget, you may find yourself in a very ludicrous situation.

Here is my sober experience.

I saw a well-completed building inside Bodija Estate, Ibadan sometime in late November last year. I immediately asked for the builder who constructed the building.

I got his contact and as soon as he finished that particular building, I message him to come and continue my own building and I entrusted him with everything about my construction. Little do I know that was a great mistake.

After he received over ₦300,000 from me. An amount to cover workmanship for the total block wall on the ground floor, the job halted as we reached the lintel level due to unknown reasons – which I later found to be supernatural.

I also lost interest in the project and stopped going there from April, until today December 3rd, 2022.

That’s a whole 6 months that I didn’t go to the construction site.

Why did I suddenly go to the site?

Although I have always wanted to go to the site for some time. Something will just happen and my mind will skip it, and I will be unable to go.

So recently, the builder I handed over the site to called me that the community challenged him when they saw a juju inside my property.

He then came to my office and told me he did the juju there to just scare people away from stealing reinforcement and other materials on my site.

Later that evening, the community called me and said they wanted to see me.

I got there and after some conversation with the community head and chief security officer(CSO), they said the builder told them he uses the juju to protect himself in this building work his doing so he would not fall down.

I immediately got annoyed that the builder would tell me something else and tell the community another thing.

It shows something is fishy, and there’s something he’s not telling me.

Later on, the CSO took me to where the builder kept the juju on my property and I was perplexed by what I saw.

I saw a burnt full-sized chicken tied to broken spade/iron and 2 bunch of oil palms.

Here is it below👇

It was so shocking to me and the only thing I could think of is that; this builder guy has a devil inside my property that he normally pour palm oil on.

And he has the gut to do it without my permission.

Anyways, the community CSO said the possibility here is that the builder is doing something fetish that could have repercussions on

It quickly crosses my mind that he recently told me that the woman that gave him work in Bodija, Ibadan has been praising him while the same woman complains about the work other engineers are building for her on other sites.

The more I thought deeper into the past encounter have had with this builder guy, the more I keep connecting the dot backward with our previous conversations.

I could remember vividly that I saw chicken feathers around my property in April before I stopped going to the site. And when I asked him and the baba I kept on the site where is the source of the feather.

They said they bought a chicken and a cat ate it overnight and they poured the wings inside the block. Looking back, I made the mistake of not taking this matter up. I thought it was a minor thing and I ignored it.

I wasn’t really paying much attention to details.

And some months into that period a boss of mine even told me to keep paying attention to details consistently.

Anyways, let’s continue with the matter at hand.

The community said if they would leave the builder to keep working for me that I will sign an agreement that whatever the man does I will be held responsible for it.

Otherwise, they would send him out away from the vicinity.

I told them to go ahead and send him away from the community as I don’t even want him to work for me again. I can’t work with an employee/builder/contractor who lies to me.

Besides, I didn’t tell you that this same builder got another job in Bodija that his currently doing but rented a house near my site.

And people say they use to see him go to my site and stay till 11:30 pm before going back to the house he rented.

I believe he might have used the juju to hold my house down till he completes his new work.

He might also have used it to gather spirit to help him do fast work in the current building his doing.

All this is very possible.

Nevertheless, this is what have learned from this recent experience.

Another mistake I made with trusting people has to do with a lady I employed at my office in January 2022.

When she came, I gave her:

I trusted her too much.

She started taking me for granted and started feeling pompous.

That was when I realized I had let my guard loose too soon.

I gave her a lot of things she didn’t deserve or earn.

Now she thinks she deserves much more without putting in more work.

Anyways, I have learned my lesson.

As from today, I will start paying more attention to details and be consistent at it.

I will give my trust out like a ladder. People need to earn it step by step.

Even at that, I wouldn’t just lose or lower my guard.

I will only give certain privileges to those that have shown that they deserve them based on their work and moral ethics.

I will also ensure I’m always proactive by visiting my site, project, or business regularly or sending someone to do that for me.

I will also ensure I don’t look for cheap things or cheap people because nothing good is cheap.

Most of the time, things that are cheap now will give you problems later. And this is not only limited to construction. It does cut across all industries.

Finally, I need to limit my access and availability to people who don’t deserve my time.

I hope you have learned something new today.

Also, share your story if you have had a similar occurrence.

5 Things Every Newbie Must Know About Real Estate Investing

5 Things Every Newbie Must Know About Real Estate Investing

9 Ways To Get Ahead Financially in Nigeria in 2020

9 Ways To Get Ahead Financially in Nigeria in 2020

The Hidden Truth About Real Estate Investing In Nigeria

The Hidden Truth About Real Estate Investing In Nigeria

10 Things To Consider When Planning A Seminar in Nigeria

10 Things To Consider When Planning A Seminar in Nigeria

11 Platforms To Carry Out Your Crypto Research

11 Platforms To Carry Out Your Crypto Research

Please log in again. The login page will open in a new tab. After logging in you can close it and return to this page.